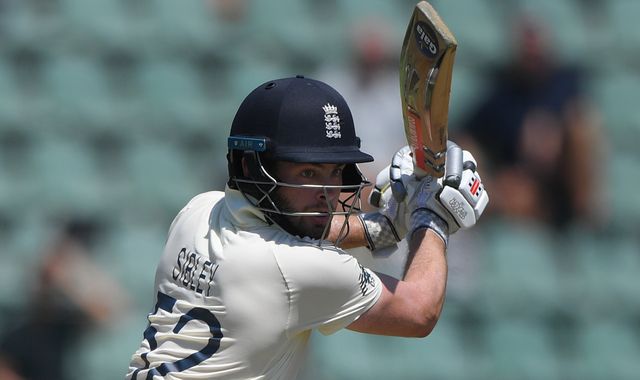 The tourists, who drew level in the series with victory in the second Test, gained a significant early advantage at St George’s Park when skipper Joe Root won the toss and opted to bat – South Africa captain Faf du Plessis losing his sixth toss in a row.

The hosts’ hunt for early wickets was thwarted by the easy-paced deck with debutant Dane Paterson, picked ahead of all-rounder Dwaine Pretorius, and Vernon Philander struggling to make an impact.

Wicketkeeper Quinton de Kock highlighted the lack of pace in the surface by standing up to Philander as early as the seventh over and it was not until the introduction of Kagiso Rabada, in the ninth over, that South Africa came close to a breakthrough.

Crawley (20no) was the relieved man after his attempted pull off Rabada’s third delivery ballooned over and just out of reach of Anrich Nortje’s outstretched hand at mid-on.

Both openers batted watchfully – Sibley (30no) cashing in on width outside the off-side when offered – and upper-cutting the fourth boundary of his innings when Nortje dug one in short.

The introduction of spin with lunch beckoning indicated slow bowling will have a significant say in the outcome of the Test – Keshav Maharaj finding instant turn to hit a sweeping Crawley on the glove, the ball deflecting to a vacant slip area as Zubyar Hamza sprinted leg-side to try and cut off the shot.

England had earlier made one enforced change to their line-up with Mark Wood returning to first-class action for the first time in 11 months in place of injured seamer James Anderson.

Live coverage of the first day of the third Test between South Africa and England continues on Sky Sports Cricket and across Sky’s digital platforms.

England two down at tea LIVE!