Need a little more space? 56-bedroom underground nuclear bunker could be yours… for just £435,000

A 56-bedroom, two-storey underground nuclear bunker has gone on sale in Devon. 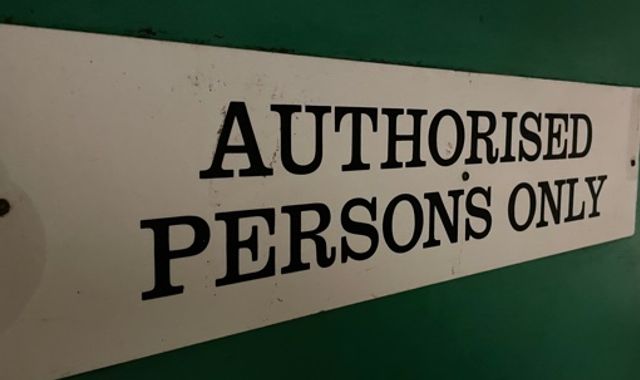 Hope Cove Bunker near Salcombe was built in 1941 as a Second World War radar station – but was redeveloped in the 1950s as a regional government base in the event of a nuclear attack during the Cold War.

It was kept on standby till the 1990s – ready to accommodate 250 government workers in case of a Soviet attack.

The bunker failed to reach its reserve price at a previous auction in early February, and is now back on the market.

Christopher Howell is caretaker of the bunker and told Sky News it was ready to be used in the event of an atomic explosion: “It was designed to be sealed up, a recycled air system was running – and had anything radioactive come this way, that would have offered them some protection.

“The idea was had the bomb gone off they would all congregate here, they would shut down inside, they have enough oil in tanks run generators for 35 days.

“The place was highly secure, people were here 24/7, it was kept fully operational, all systems were kept so they could be brought fully into use if a bomb went off.”

The bunker still contains maps in the old operational room, which would have been used to coordinate any response to an attack.

The old soundproofed radio studios remain, where broadcasts would have been made to the public.

Tom Lowe from Clive Emson Auctioneers told Sky News there has been a variety of people interested: “We’ve had people look at it as cheese storage, wine storage, a community area where they rent out different rooms to art exhibitions, dance classes, computer storage – a few people who’ve had the hotel ideas as well.”

The bunker is priced at £435,000 – which according to Mr Howell may, or may not, include a ghost: “Lots of old RAF people have come back to have a visit.

“A couple have told me about the wartime pilot who used to come up the steps here, usually at night, footsteps coming up the stairs, his flying boots knocking… have a shake of the gate… and then go back down.” 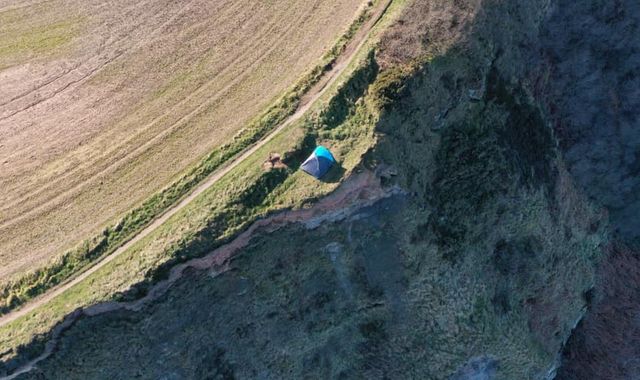 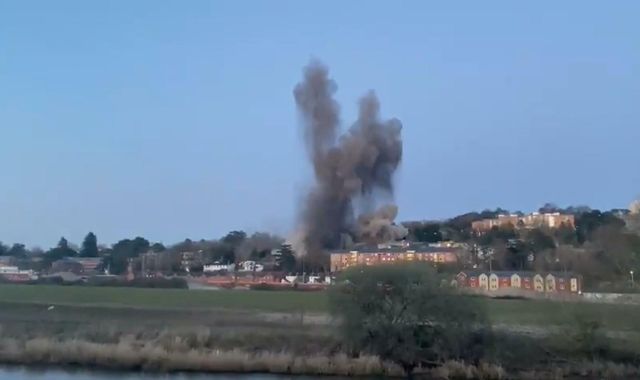