The London Stock Exchange has firmly rejected an unsolicited takeover bid by its Hong Kong rival, citing “fundamental flaws” in the £30bn offer. 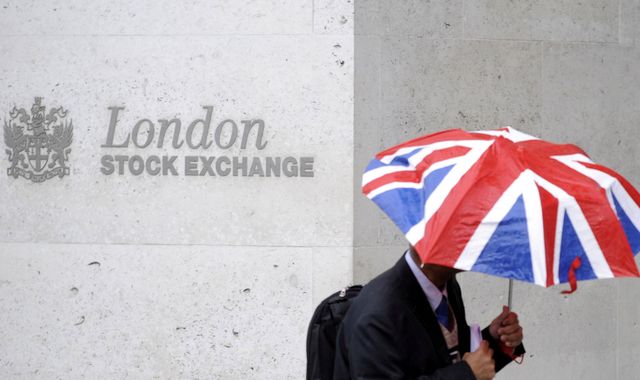 But unanimously turning down the shock offer, the London exchange said it “falls substantially short of an appropriate valuation” and saw “no merit” in holding talks.

The deal would have priced the London Stock Exchange Group (LSEG) at £29.6bn.

But it was conditional on the group scrapping its plan to buy financial data provider Refinitiv for £21.6bn.

The Hong Kong exchange said a deal would provide the London exchange with a key opening to Asian markets and underpin London’s role as a key financial centre – currently seen as potentially threatened by Brexit.

Hong Kong itself has seen its own hub status threatened by civil unrest over Chinese rule.

The Hong Kong firm made its push following failed attempts by the LSEG to join forces with rivals, including three involving Deutsche Boerse, though the latest merger was plan blocked by the EU in 2017.

In a statement, LSEG said it had “now considered the unsolicited, preliminary and highly conditional proposal”.

Spurning the approach it added: “The board has fundamental concerns about the key aspects of the conditional proposal: strategy, deliverability, form of consideration and value.

“Accordingly, the board unanimously rejects the conditional proposal and, given its fundamental flaws, sees no merit in further engagement.”

The statement went on: “LSEG remains committed to and continues to make good progress on its proposed acquisition of Refinitiv Holdings Ltd (‘Refinitiv’).

“Regulatory approval processes are under way and a circular is expected to be posted to LSEG shareholders in November 2019 to seek their approval of the transaction.”

In a separate letter sent to HKEX, LSEG said the board was “surprised and disappointed” that the approach was published just two days after they had received it.

It added: “Even assuming your proposal were deliverable, its value falls substantially short of an appropriate valuation for a takeover of LSEG, especially when compared to the significant value we expect to create through our planned acquisition of Refinitiv.”

Cases of cyber-flashing on trains are going ‘largely unreported’

Bells to ring for Prince Andrew’s 60th birthday despite criticism