One of Flybe’s three shareholders has suggested EU red tape contributed to the regional airline’s financial troubles – and controversial rescue. 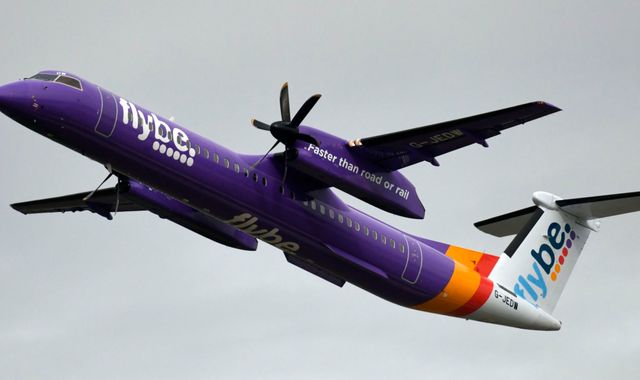 Stobart Group used an announcement to the London stock exchange to reveal it was contributing up to £9m under the agreement with the government.

In return, ministers and the taxman have agreed to defer more than £100m in Air Passenger Duty payments while discussions are continuing over a potential loan.

The deal has encountered stiff opposition from larger airlines.

But in its announcement, Stobart said Connect’s turnaround plan for Flybe was impacted by “legacy issues” and a “delay in receiving control” of the business as it took more than six months for the European Commission to clear its takeover.

The statement said: “This resulted in a situation in which a further injection of funds is required to ensure continued flying.”

The three shareholders, Stobart said, had ploughed in £110m since Connect’s formation and ahead of the bailout as the loss-making airline battled the effects of a weak pound and weak demand.

“The Connect Airways consortium has worked tirelessly alongside Flybe and the UK government to look for solutions to ensure the financial viability of the airline so that consumers can continue to have confidence in flying with Flybe,” it said.

The government has defended the move, insisting its support for Flybe is based on the premise its domestic air services between regional airports are a crucial cog in the UK’s transport network.

A spokesman for prime minister Boris Johnson said on Wednesday: “The government is fully compliant with state aid rules and there has been no state aid for Flybe.

“Any support that is given would be made on strictly commercial terms.”

The government is also reviewing how APD is applied to domestic flights and UK regional transport connectivity as a whole as a result of Flybe’s woes.

Neither Virgin Atlantic, Cyrus or ministers have commented on the specifics of the rescue package.