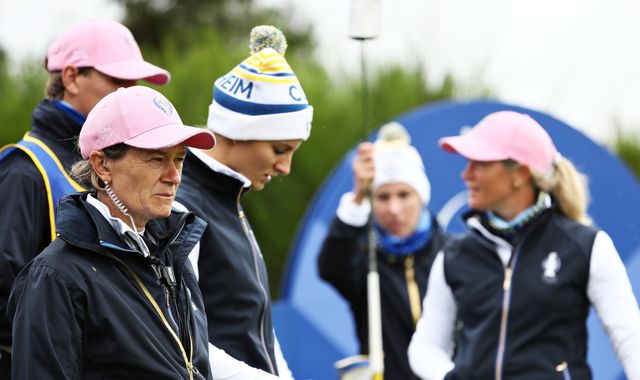 Charley Hull and Azahara Munoz stay together despite their disappointment at letting slip a four-hole lead with six to play in their Friday fourballs, while Bronte Law and Carlota Ciganda continue their partnership after earning two halves on day one.

Van Dam and Nordqvist lead Europe away in Saturday’s opening match against Morgan Pressel and Marina Alex, who halved with Law and Ciganda in Friday’s opener, with Hall and Boutier taking on Lizette Salas and Ally McDonald.

Hull and Munoz won their day one foursomes 2&1 despite making only one birdie in 17 holes, and they will face Danielle Kang and Megan Khang in the third match out.

That leaves Law and Ciganda to bring up the rear against the sister act of Jessica and Nelly Korda, who stormed to a crushing 6&4 win over Jodi Ewart Shadoff and Caroline Masson to register the first point of this year’s contest.

The Korda siblings were separated for Friday afternoon’s session, but they are certain to sit out Saturday’s fourballs unless Inkster has a change of plan after declaring on Thursday none of her players would feature in all five matches.