England will play Samoa in the opening match of the 2021 World Cup at St James’ Park, Newcastle, it was confirmed on Thursday. 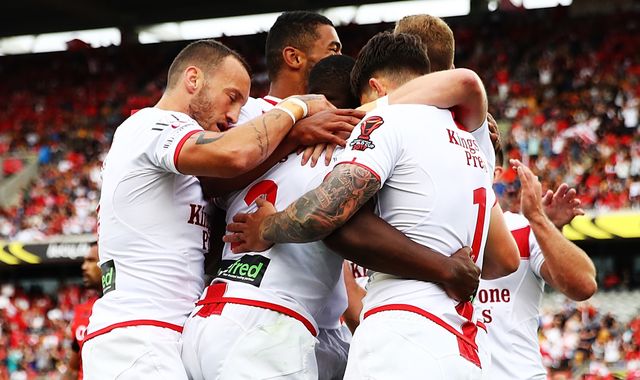 The Pacific Islanders were the first nation to be drawn out of the hat by dual-code international Jason Robinson and 2012 Olympic rowing gold medal winner Dame Katherine Grainger and placed in Group A alongside the hosts.

The public draw was hosted by the Duke of Sussex at Buckingham Palace in his first major engagement since he and his wife decided to step back from their roles as senior royals.

England’s other group opponents will be France and World Cup debutants Greece.

Holders Australia will play Fiji, Scotland and Italy in Group B while New Zealand were paired with Lebanon, Jamaica and Ireland in Group C.

England will play newcomers Brazil in the opening match of the women’s World Cup and will also take on Papua New Guinea and Canada in the group stage, while Australia were paired with New Zealand, France and the Cook Islands.

Boubakary Soumare: Manchester United and Chelsea set to battle it out for his capture