Michael Hunter rates his rivals in a heavyweight division that has had a major shake-up in the past week. 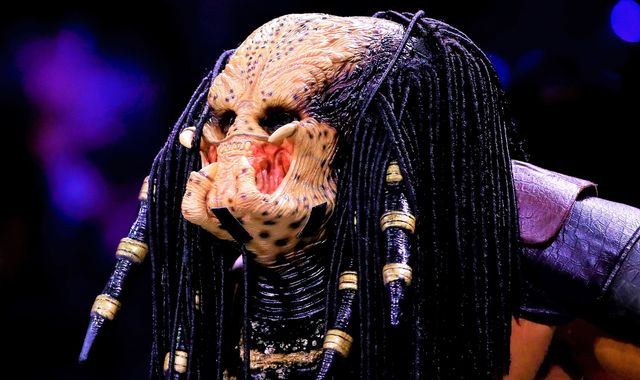 ‘The Bounty Hunter’ was left frustrated by a draw with Alexander Povetkin on the same night as Anthony Joshua became a two-time champion against Andy Ruiz Jr, and Dillian Whyte re-emerged by beating Mariusz Wach.

How would Hunter fare against the division’s elite?

Hunter’s assessment… If I could choose to fight any of the top guys, it would be Fury. I’ve already been in the ring with him as an amateur.

I had to fight him, and I fought very well. He was out on his feet but [the judges] gave him the victory. But I definitely did a lot more damage.

We were supposed to fight again but he supposedly got injured!

I would have to fight him but I would absolutely be comfortable doing it.

I’ve got his number. I would stop him.

Hunter’s assessment… There was mutual respect [after our fights]. We saw each other before a few times but didn’t say anything to each other. After, we found respect.

I would love to fight AJ. He showed me a lot in his last fight because there was a lot of pressure on him, which I could only imagine. He did what he was supposed to do, which tells me that he has grown. That inspires me to fight him. He will continue to do exceptionally well in his career.

I don’t think he should fight me [with the style that he used to beat Ruiz Jr]. He can’t beat me at that game. The law is to fight the boxers, and box the fighters. One is the boxer, one is the fighter. I would be the boxer.

Hunter’s assessment… I have the style to avoid his right hand. It would come down to my mentality. When you’re the fighter that I am, it depends on your mind-state when you go in there. I have options, different ways to go about things, but sometimes you just need to keep it simple.

I would make it very easy for myself against Wilder – like his fight with Luis Ortiz. But Ortiz didn’t feint and move his head so it was a matter of time until he got hit.

Hunter’s assessment… It’s something I definitely want because I lost my first fight with him.

But it would be different at heavyweight. I respect Usyk a lot – his ability and his charisma. He’s one of the best boxers.

He has a decent guard. I was able to hit him but he stays very basic which is something that we tend to miss. He keeps things very simple which is a big thing.