Lewis Hamilton says he is relishing the “different challenge” of taking on Japanese GP qualifying and the race on the same day, as Formula 1 prepares for a super Sunday at Suzuka. 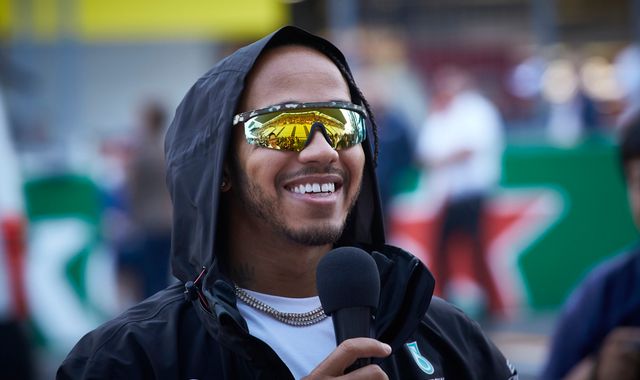 Saturday’s track action has been cancelled due to Typhoon Hagibis and, weather permitting, qualifying will now take place at 2am UK time (10am local) on Sunday, four hours before the scheduled start to the race.

Drivers will therefore have to quickly switch their mentality from an intense hour-long qualifying shootout before a 53-lap race around one of F1’s most iconic, demanding and unforgiving tracks.

“I’m definitely down for that,” said Hamilton, who holds a commanding 73-point lead in his quest for a momentous sixth world championship.

“It’s cool when it’s a different format in some ways.

“Normally you have time after qualifying to then calm down and chill and then ramp it up to the next day. But if you have to do it on the same day, it’s a different challenge and I like that.”

Japanese GP qualifying and then race are live and exclusive on Sky Sports F1, while there will also be special programmes – such as the Paddock Walkabout and an #AskCrofty with Damon Hill – between the sessions.

Sunday represents the first time F1 has run qualifying and the race on the same day since the United States GP in 2015, when Hamilton qualified on the front row behind former Mercedes team-mate Nico Rosberg.

What’s the forecast at Suzuka?

Although there are extreme winds and heavy rain in the area, Suzuka – so far – seems to have avoided the brunt of the super typhoon and there have been no reported incidents locally.

The storm is expected to pass through quickly, with the current weather forecast predicting a dry, sunny Sunday.

The current timetable is subject to change, and if qualifying cannot take place then the results from Friday’s Practice Two will dictate the starting grid.

If that is the case, Valtteri Bottas will start on pole ahead of Hamilton.

Don’t miss the rest of the Formula 1 season on Sky Sports F1. Find out more here to subscribe