Trainer Peter Fury tried to plot the downfall of Kubrat Pulev and says the Bulgarian is “a force to be reckoned with” if confirmed as Anthony Joshua’s next opponent. 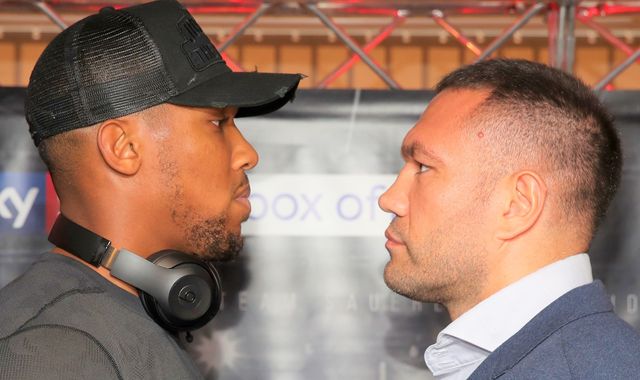 Britain’s heavyweight star is considering his mandatory obligations after regaining his world titles in a rematch win over Andy Ruiz Jr, with Pulev lying in wait as the IBF’s No 1 challenger, while the WBO have also ordered Joshua to make a title defence against Oleksandr Usyk.

The IBF hope Pulev will receive his shot first, having entered into talks with the WBO, and Fury is aware of the threat posed by ‘The Cobra’, who completed a points win over his son Hughie in an IBF final eliminator last October.

“Kubrat Pulev is a very good boxer,” Fury told Sky Sports. “He learned a lot from the [Wladimir] Klitschko fight where he got himself chinned. He’s more defensive and he’s got a very, very good jab. He’s tough, but he doesn’t hold a lot of power.

“He’s a force to be reckoned with and he won’t be easy. It’s a good fight. Anything can happen at this level of fights.

“He’s a very patient man, Pulev. He doesn’t have knockout power, but he’s a good boxer, and he’s very wise in that ring. He just seems to do enough and control it.”

Joshua produced a disciplined display of back-foot boxing as he avenged his loss to Ruiz Jr with a commanding points win in Saudi Arabia.

But Fury believes the newly-crowned unified champion could employ even more aggression against Pulev, who prefers to dissect fighters with precise jabs, instead of Ruiz Jr’s dangerous hooks.

“I think he can take more risks, because Pulev doesn’t hold the same amount of power,” said Fury. “But you can’t make a mistake, because all of these heavyweights can hit.

“I think it’s going to be an intriguing fight. I think Joshua will look even better in this one.

“I expect him [Joshua] to let the ropes go and relax more, because the amount of pressure is not there now. Let’s look at Ruiz as his bogey man, he’s come through that now mentally and physically, and he will have grown from it.”

Hughie’s return to the ring was postponed as a suspected chest infection forced him out of last month’s scheduled fight with Pavel Sour, but Peter acknowledges that his son could be an ideal sparring partner in preparation for Pulev.

“Yeah, absolutely,” said Peter. “Hughie is available to spar with anybody, so if it helps them out, course he would.”