European Qualifiers round-up: Italy qualify for Euro 2020, but Spain are held late on

Italy qualified for Euro 2020 with a hard-fought 2-0 win over Greece, but Spain were held by a last-minute Josh King penalty for Norway. 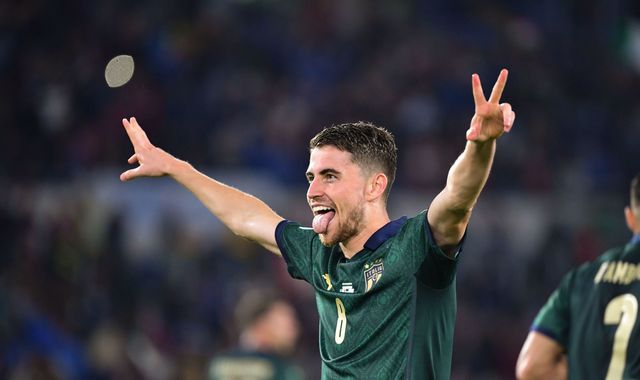 Bournemouth and Norway striker Josh King scored a stoppage-time penalty to snatch a 1-1 draw at home to Spain in their European Qualifier on Saturday, ending Spain’s 100 per cent record in Group F.

Saul Niguez had given Robert Moreno’s side the lead with a flash strike from outside the area early in the second half, but Chelsea goalkeeper Kepa Arrizabalaga gave away a penalty late on by clattering into captain Omar Elabdellaoui.

King, who had missed a clear chance to level a few moments earlier as the hosts piled on the pressure, sent Kepa the wrong way to level the game and give his side a fighting chance of qualifying.

Spain top the group with 19 points after seven games, Sweden are second on 14 after thrashing Malta 4-0 away and Romania are third on 13, having beaten the Faroe Islands 3-0 earlier on Saturday. Norway have 10 points.

Striker Yussuf Poulsen struck a dramatic winner six minutes from time as Denmark beat Switzerland 1-0 in Copenhagen in a European Qualifier on Saturday to join Ireland, who were held to a scoreless draw in Georgia earlier, at the top of Group D.

The Irish and the Danes both have 12 points after playing six games while the Swiss, who have a game in hand over the top two, are third on eight points.

Having barely managed a decent effort on goal, Denmark snatched all three points when Poulsen latched on to a sublime reverse pass from Christian Eriksen before going on a surging run and rifling home the ball to send the Parken Stadium into ecstasy.

Italy secured a place at Euro 2020 with three games to spare thanks to a 2-0 win over Greece at the Stadio Olimpico.

A second-half penalty from Chelsea midfielder Jorginho gave the hosts the lead before Federico Bernardeschi drilled in the winner 12 minutes from time.

Roberto Mancini’s side have won all seven of their qualifying matches and top Group J on 21 points, having ended fifth-placed Greeces slim hopes of qualification.

Finland suffered a thumping 4-1 defeat away to Bosnia & Herzegovina but remain second on 12 points, two ahead of Bosnia and Armenia, who missed a golden opportunity to go joint second when they were held to a 1-1 draw away to rock-bottom Liechtenstein