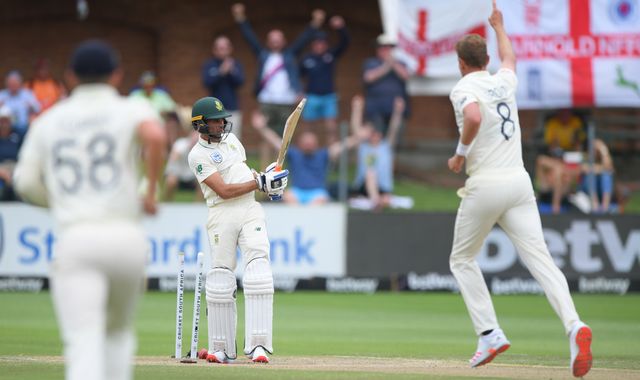 The fourth morning in Port Elizabeth began with 25 minutes of carnage as the Proteas’ hopes of saving the third Test took a monumental hit – before taking another after a three-hour-rain delay as they slumped to 102-6 in their second innings and England moved four wickets from victory.

Vernon Philander had his off stump somersaulting from the sixth ball of the day. Quinton de Kock’s middle stump was knocked out by the 11th. Keshav Maharaj dragged the 15th onto his leg stump. Kagiso Rabada tamely chipped the 28th to mid-off.

Yet the momentum in these contests has long since shifted, with the key passages of play – Ben Stokes bludgeoning the ball to all parts on day four in Cape Town and then taking the final three wickets on day five, to name but two – bossed by England.

South Africa’s 107-run win in the opener at Centurion looks increasingly likely to be nothing but a consolation once the series comes to an end in Johannesburg next week.

All the questions were on England after their defeat at SuperSport Park between Christmas and New Year, a game in which they lost 7-39 in their first innings and 7-64 in their second and were out-thought by South Africa in the bowling department.

Why did the batsmen gift their wickets away? Why did the bowlers continually bang the ball in short when a fuller line worked for the Proteas? Why no spinner? Why did Root elect to bowl first on a pitch on which you probably didn’t want to bat last? Why, with Ollie Pope ill, did Jonny Bairstow, dropped for the series in New Zealand, leapfrog Zak Crawley?

Now, though, the questions have swung towards the South Africa camp, with transformation targets, the absence of Temba Bavuma and the form of captain Faf du Plessis under the microscope. Not to mention their batting, with the Proteas losing 10-103 on day four at St George’s Park.

The hosts will also head to Johannesburg without their key bowler Kagiso Rabada – who has been banned after accruing a hotly-debated fourth demerit point in a 24-month period – at the same time England could welcome back theirs, with Jofra Archer in line to return from an elbow injury. The 24-year-old bowling in tandem with fellow speedster Mark Wood is a tantalising prospect.

In contrast, six of South Africa’s XI at St George’s Park are 30 or above: Philander – who will retire after this series – Du Plessis, Pieter Malan, Dean Elgar, Rassie van der Dussen and Dane Paterson, with Keshav Maharaj to reach that mark in February.

England look a side for the future, South Africa a side in transition – or worse. As good as Du Plessis’ team were at Centurion, that is beginning to look like an anomaly. They have won one of their last seven Tests, which will stretch to eight come Monday, and four of their last 12.

They suffered two heavy defeats in Sri Lanka in 2018 and suffered a shock defeat to the same opposition in South Africa in 2019 as they were beaten by an Asian side at home for the first time.

The Proteas headed into the England series on a five-match losing streak after being whitewashed 3-0 in India and, after their capitulation on Sunday morning, they have followed-on in three of their last five Tests, having not followed on at all in their 100 Tests before that.

Du Plessis has surely felt the strain, not only as captain but also because his run-scoring has tailed off. The 35-year-old is averaging 29.25 from 19 Tests over the previous two years, with only two tons.

He has done an admirable job as skipper – wining in Australia in 2016 a real highlight – in a period of behind-the-scenes issues and myriad coaching set-ups as well as immense change on the park.

AB de Villiers, Hashim Amla, Dale Steyn and Morne Morkel have moved on, while other internationals have departed Test cricket for the lure of the financial security that a county Kolpak deal brings. Kyle Abbott, Duanne Olivier and Simon Harmer to name but three.

Du Plessis also faces the political challenges of the quota system, with South Africa’s transformation target of having six non-white players, including two Black Africans, in each squad, one they have actually failed to fulfil in the first three Tests.

Bavuma’s exclusion has garnered the most column inches. The 29-year-old – the first black African batsman to play for the Proteas – was injured for the Centurion Test but then overlooked for Cape Town and Port Elizabeth, with Du Plessis saying Rassie van der Dussen’s volume of runs warranted him keeping his spot and that South Africa “did not see colour”.

Bavuma was told to score runs in domestic cricket and he duly obliged with a career-best 180 for Lions against Dolphins in the 4-Day Franchise Series. He would seem a likely inclusion in Johannesburg, probably for Zubayr Hamza, with fellow black African Rabada suspended.

Bavuma is unlikely to take Du Plessis’ place but it may be their final Test together, with Shaun Pollock even telling Sky Sports that there have been murmurings of the captain quitting after Johannesburg with South Africa only having one other Test series, in the West Indies, this year.

If the fourth Test does indeed prove Du Plessis’ last, then he could, technically, end it with a series win. For that to happen, South Africa would need to escape Port Elizabeth with a draw, though it will take bucket loads of rain and/or a staggering rearguard action from the tail to achieve that.

Another four wickets in 25 minutes to kick off the morning would do England nicely and ensure they at least retain the Basil D’Oliveira Trophy.

Watch day five of the third Test between South Africa and England, live on Sky Sports Cricket from 7.30am on Monday.

Renault and Daniel Ricciardo: From underachievers to an F1 2020 force 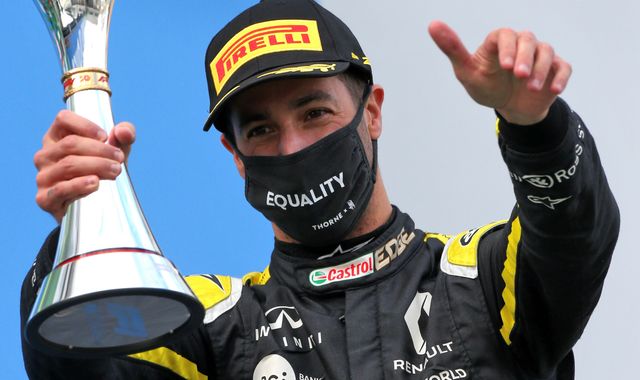 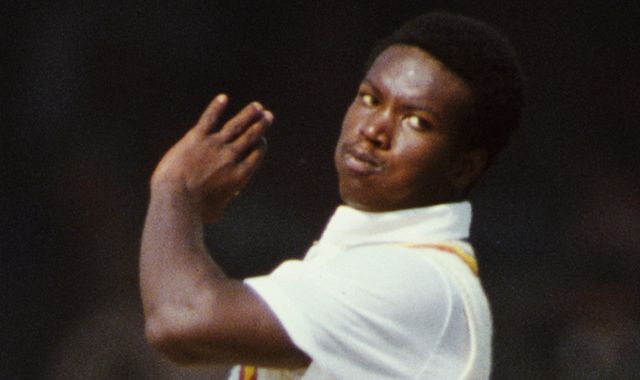 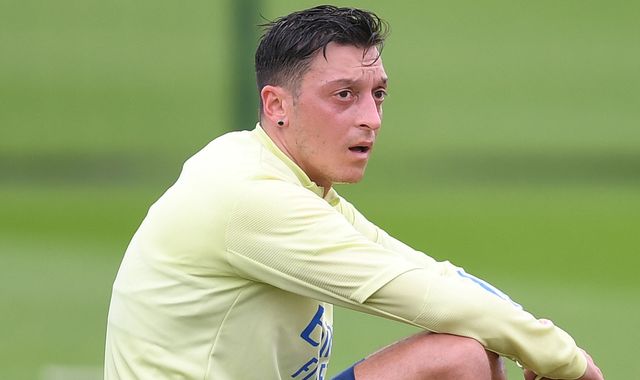 Prince Harry on leaving royal role: ‘There was no other option’