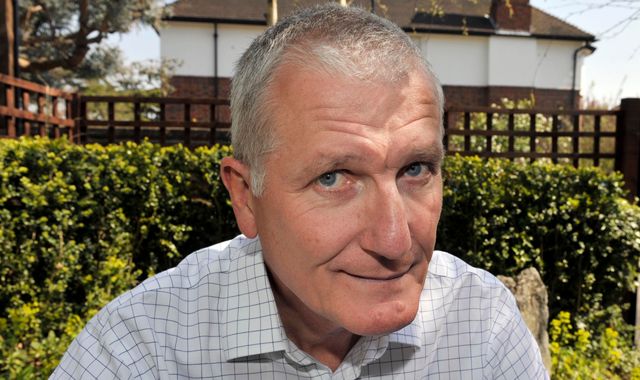 A firebrand fast bowler whose reputation was forged in the Ashes, Bobby had precious little time for ‘fancy dan’ batsmen as a paceman or later as a pundit – mincing techniques without ever mincing his words.

As England’s fourth-highest wicket-taker with 325 wickets from 90 matches, he had earned the right.

By his own admission, it was a surprising ascent. “Heaven knows I possess enough defects to disqualify me for the description of a coach’s dream fast bowler,” he wrote in 1984, perhaps explaining why so few English bowlers have been so striking in appearance and attack.

Robert George Willis was born in Sunderland on May 30 1949 but moved at the age of six to Surrey, the county where he would later start his career before being catapulted into Test cricket in 1971, on tour in Australia.

“Six years after pretending to be Bill Lawry while playing cricket in the back garden with my brother, I was up against Australia’s captain ‘Down Under’ and fighting for the Ashes,” he told Sky Sports.

“Brian Statham was my early bowling idol but on that trip John Snow became a huge hero of mine as well. He took 7-40 in the first of the two Sydney Tests – both of which we won to clinch the series 2-0.”

A devotee of the music of Bob Dylan from his teenage years, he made ‘Dylan’ his third name by deed poll in the mid-sixties – around the time his favourite song ‘Positively 4th Street’ was released – and became an authority on the American musician’s work.

Bob listened to a rather different melody during his second Test and recalled Bay 13 at the Melbourne Cricket Ground as “a pretty colourful place!”

“They chanted ‘Willis, weak as p***’ all the time and when I got down to the boundary there were cries like “hey Willis, you take ugly pills – I think you’re hooked on them!” To calm them down you took the proffered can of lager but you were never quite sure if it was beer inside…”

He and England had the last laugh as the tourists secured a first Ashes win in 15 years – Ashley Mallett earning the accolade of becoming Bob’ first victim.

At 6ft 6in with a mass of curly hair, he was an intimidating bowler, not least because of his frenetic and lengthy run-up made with the ball clutched by his side – an action which Graham Gooch and Alastair Cook would later imitate during less-than-critical spells for England.

“My run-up has been described as a resembling a broken-down biplane… my action is open-chested and, as a result, it puts great strain on a physique that is not terribly impressive,” he would write.

Indeed, the longevity of his career was threatened by injuries and in 1975 he only played four first-class matches after operations on both of his knees.

However, helped by a new regime of long-distance running and an indefatigable spirit, Bob enjoyed the best spell of his Test career from 1977 to 1981, taking 149 wickets from 39 Tests and spearheading England’s pace attack.

In the 1976/77 tour of India he took 20 Test wickets before following up with 27 wickets in the 1977 Ashes – the best haul by an England bowler against Australia. His impressive form saw him named as one of the Wisden Cricketers of the Year in 1978.

But his defining match was the Headingley Test in the 1981 Ashes. England looked as though they were set to fall 2-0 behind in the series despite Ian Botham’s memorable 149.

However Bob, who had almost missed out on selection as he was battling the flu, ripped through the Australia batting line-up with a remarkable spell of bowling, taking 8-43 as the visitors were dismissed for 111 and lost by 18 runs.

“I was bowling for my Test match career,” he told Sky Sports. “What was extraordinary was that you could feel the pressure going from our dressing room to theirs after we took two wickets just before lunch. People said I was in another world after that, in a cocoon of concentration; the modern cliché would be ‘in the zone’.

“I didn’t want to be distracted by having to set the field or celebrating wickets. I just wanted to get back to my mark as fast as I could. Mike said ‘don’t worry if you overstep the line and bowl a few no-balls, just bowl as fast as you can’, because the pitch was deteriorating and it was pretty unpleasant batting against a fast bowler on that surface.”

England won the series 3-1 and even though it is known as ‘Botham’s Ashes’, Sir Ian is always quick to acknowledge the huge role that his friend played in the success.

Bob played most of his country cricket for Warwickshire and also played 64 one-day international matches, including the 1979 World Cup, when England reached the final.

“It was a tough assignment, but certainly skippering England in the 1982/83 Ashes was a tremendous honour,” he said. “The only drawback was that we were shorn of 15 of our best players due to the rebel tour of South Africa!

“After going 2-0 down we went into the last Test with a hope of drawing the series after an incredible finish to the Boxing Day Test when ‘Goldenballs’ Botham managed to induce an edge from Thommo with few runs to spare.”

Bob was awarded an MBE for services to cricket in 1982 and played his final Test series against the West Indies in 1984.

After retiring from playing, Willis turned his hand to commentary – calling some of the game’s most historic moments during his 30-year spell with Sky Sports, including the moment West Indies legend Brian Lara passed 400 in a single Test innings.

He was renowned for his straight-talking style and ‘coming off his long run’ to share his views on any particular subject but most strongly on wine and cricket – the latter regularly so on The Verdict and The Debate. Often critical, his humorous side was never far away – especially when reminded of the time he forgot his bat while walking to the crease at Edgbaston in 1982.

His place in English cricketing folklore was cemented in the summer of 2018 when he was named in England’s greatest Test XI ever by the ECB following a fan poll to mark the country’s 1,000th Test, the accolade coming just a couple of months after his beloved Manchester City had won the Premier League.

We raise a glass of the finest Spanish Rioja to you Bob, for all the great times.

(c) Sky Sports 2019: Bob Willis was a cricketing colossus whose indefatigable spirit made him an England bowling great

McLaren to cut 1,200 jobs across business

James Bond: Six talking points from the No Time To Die trailer