Sky Sports pundits past and present have paid tribute to their colleague and former England captain Bob Willis, who has died aged 70. 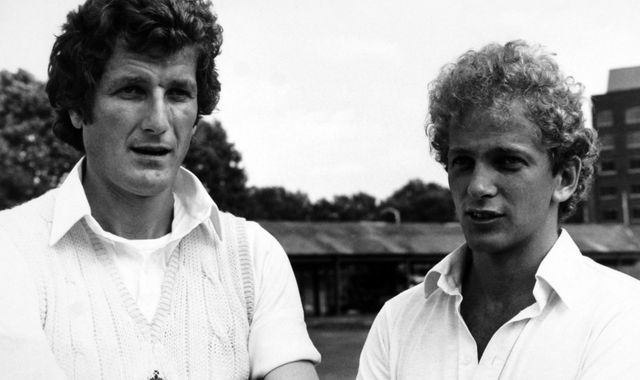 Having enjoyed a stellar playing career, taking 325 Test wickets in 90 matches for England, Willis enjoyed an equally impressive second career as a broadcaster, providing insight, analysis and entertainment throughout over more than 25 years with Sky Sports.

Here, those who worked alongside him at Sky over the years share their memories of Willis the cricketer, the pundit and the man…

“it is very sad and it is equally sad that the end seemed to come very quickly. The last time I saw Bob was a few weeks ago and he was still fighting heroically. He did his best to ignore what was happening to him. He was still on television up until very recently. He was still very forthright and it brings to an end, in my case, a friendship that has lasted happily for 40 years or so.

“If you are a quick bowler of any hue, any creed, you are always going to suffer. There is something that comes with fast bowling automatically and that’s called pain. Bob’s knees gave him all sorts of problems over the years. Our great, mutual friend and colleague Sir Ian (Botham) has had all sorts of trouble with his back and knees and hips and stuff. It comes with the territory. To Bob’s credit – what he did so well – when he was confronted with yet another obstacle, he had the strength of mind and character to overcome that.

“His on-screen persona and the man that we all knew were two completely different things. He was brilliant on the TV. In making and looking through the cricketing archive for the last 30 years, all of the big moments in the sport have got Bob’s voice all over them. He called every moment exactly as it should have been.

“He was a brilliant pundit, acerbic wit and, then away from that, one of the funniest, warmest and most generous people you could ever meet. He’s been incredible as far as his encouragement of the younger guys, which includes me, and he’ll be hugely missed by everybody.

“He had no fear or favour. I’ve been sat in the studio before and he was having a direct go at me! He never meant any of that stuff personally, he just called it exactly as he saw it. There was something refreshing about that. Doing the show with him and Charles – and my heart goes out to Charles Colvile this afternoon as well – we’d sit there in the minutes before we went live and you never knew what he was going to say.

“He kept his counsel right up until the lights went on and then suddenly some great anecdote, analogy or piece of analysis would come out and you’d feel everybody just catching their breathe in the studio and gallery. He was quite brilliant. But that character on screen is not who he was off screen. I think people would be very, very surprised that he was not the miserable old sod that he could come across as on the television! He was not like that at all, in any way.

“I also think it worth saying that it isn’t the only thing that he had. There was his love of Bob Dylan, which is very well documented – he could recite the lyrics to every song that Bob wrote and would do so at certain times of night if given the right encouragement! He was an interesting and interested man, he was always looking to learn new things or to be enthralled by new stuff.”

“Having worked with him over a number of years, whether it be in a commentary booth, away on a tour with Sky in Bangladesh or just when he was commentating on me and he never held back – he was a great man. I’m deeply shocked, as a lot of people are. Bob would never pull any punches and tell you the truth but behind all that was a soft, individual man who liked to have a laugh and a joke. We talked about football all the time, he loved Man City.

“He was a true legend on the field, everybody will remember Bob Willis at Headingley. Everybody thinks of Ian Botham but with him was Bob with all those wickets. It’s a sad loss, not just for Sky and everybody who worked with him in the cricket department and in Sky Sports News, but for cricket in general.”