Why is Germany obsessed with this obscure British film?

Dinner For One is a cultural phenomenon. 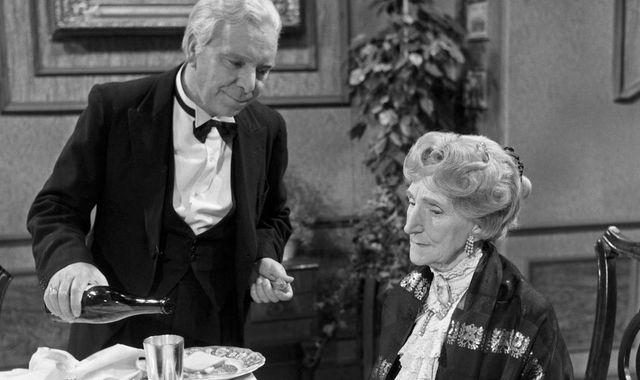 The 18-minute British sketch has dominated German television every New Year’s Eve since 1972, has spawned catchphrases and drinking games, and is almost unheard of in the UK.

The black-and-white sketch stars Freddie Frinton as James, an elderly butler serving May Warden’s Miss Sophie on her 90th birthday.

Miss Sophie has invited her four closest friends for a celebratory dinner, the only problem being that these friends are all long deceased.

James is forced to take their place, stumbling around the dinner table, adopting their voices and personas and making toasts on their behalf, knocking back four glasses of sherry, white wine, champagne and port in the process

This is clearly not the first time James has had to endure this alcoholic onslaught.

This has become a common expression in Germany, and is an accurate summation of the attitude of German audiences to their much loved film.

The sketch ends with a soused and unsteady James escorting Miss Sophie up to her bedroom, with an innuendo-laden “same procedure as last year?…Well, I’ll do my very best.”

Millions of Germans plan their New Year’s Eve celebrations around the sketch and can quote it line by line. Some even attempt to match James drink for drink, which is no mean feat.

According to the Hollywood Reporter, more than 17 million people – around 21% of the German population – tuned in to watch the sketch on 31 December 2016.

By comparison, the most watched show in the UK was the final of the Great British Bake Off, which was watched by 15.9 million people.

The Dinner for One craze has also spread to Scandinavia, South Africa and Australia.

Despite this international success, only 13% of Brits have ever heard of the film, and just 8% said they have actually seen it.

Dr Rainer Stollmann, professor of Cultural Studies at the University of Bremen, says most Germans are unaware of their beloved film’s obscurity in the UK.

“90% of Germans have not realised this,” Prof Stollmann told me.

“Germans know it as well as they know some of the Grimm fairy tales. They can quote lines from it.”

Unsuspecting Brits in Germany might even have the film’s catchphrase thrown at them by Germans, assuming the sketch is as well known in the UK as it is Germany.

But why did this sketch find a home in Germany and fall into obscurity in the UK?

A spokesperson for NDR, a German broadcaster that airs the sketch, said it had “a timeless humour” which harks back to “a nostalgic memory of a time when the entire family used to come together to watch TV”.

Prof Stollmann argues Brits are put off by the sketch as it forces them to confront the country’s class structure as well as painful moments in its imperial past.

The butler repeatedly stumbles over a tiger skin rug laid on the floor, a clear symbol of Britain’s occupation of India.

The film doesn’t have this connection in Germany.

Prof Stollmann argues that German audiences merely see the sketch as an illustration of “a British flair” and, despite appearing quintessentially British, exudes “German humour in a British costume”.

Regardless of the cause of the sketch’s popularity, it has been a mainstay of German festive viewing for nearly 50 years.

So, German audiences remain captivated by this silly piece of British slapstick from the sixties. It is a comforting routine. The same procedure as every year.

(c) Sky News 2018: Why is Germany obsessed with this obscure British film? 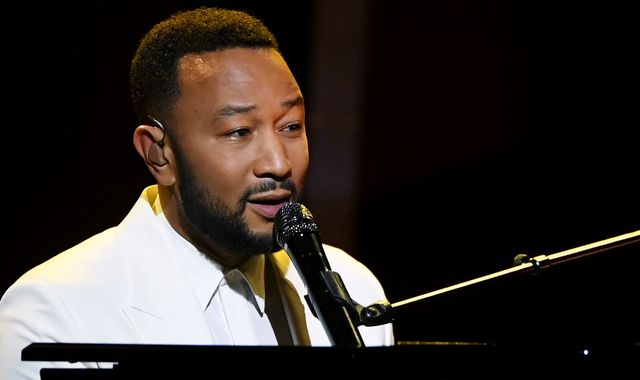 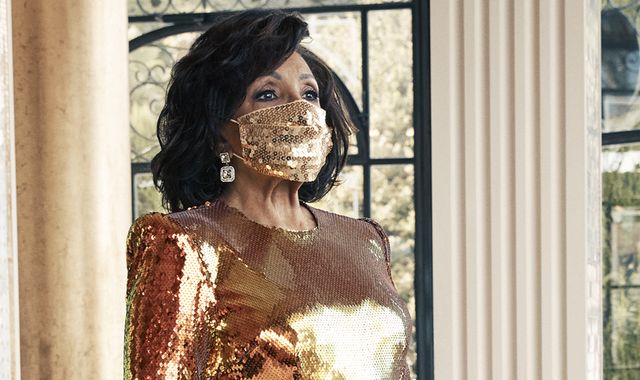