The Dissident director Bryan Fogel on Khashoggi film: ‘Hearing the recording of Jamal’s murder would make it a shock horror – I didn’t want that’ 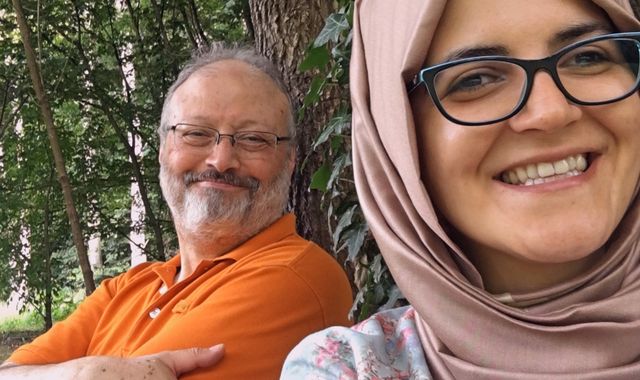 The murder of Saudi journalist Jamal Khashoggi was without doubt violent and senseless – but in making a documentary about his death, Oscar-winning director Bryan Fogel knew one thing was key – it mustn’t become a horror film.

When the 59-year-old Washington Post columnist walked into the Saudi embassy in Istanbul at around 1.14pm on 2 October 2018 to pick up documents that would allow him to embark on a new marriage, he little knew what awaited him inside.

Despite his fiancee, Hatice Cenzig, waiting outside on the pavement for him until the early hours of the morning, Mr Khashoggi never walked out of the building.

A team of 15 Saudi government agents – including a forensic expert specialising in autopsies – flew into Turkey days before the killing and left shortly after. Mr Khashoggi’s remains have never been found.

Bizarrely, a lookalike, wearing his clothes, did exit from the back door later that afternoon as CCTV footage shows. The clothes were later retrieved by Turkish authorities from a public toilet waste bin.

Saudi authorities have since admitted Mr Khashoggi was killed in a “rogue” extradition operation, but have denied involvement from Crown Prince Mohammed bin Salman, whose policies were often criticised in the writer’s columns.

Mr Khashoggi was well connected (he was the first cousin of Dodi Fayed among other notable family connections), with over two-million Twitter followers, columns in the Washington Post and regular guest slots on UK and US TV news channels.

This influence was enough to have him labelled “an enemy of state” by his home country.

Many of the details of the case read like the plot excerpts from a crime novel, with the story feverishly covered around the world, but despite the high levels of drama, filmmaker Fogel tells Sky News he wanted to focus on something far more important.

“I was drawn to this story because of the bigger issues. Jamal’s murder was utterly horrific in its nature, but it also shines a light into what is happening in this part of the world, what is happening on the reaches of authoritarian regimes and where the money and business interests are so powerful that somebody can get away with a crime such as this.”

Featuring never before seen footage, including videos of forensic testing inside the consulate, he was also given access to the 37-page transcript of Mr Khashoggi’s final moments – a document never previously released to global media.

Handed to him by the Turkish authorities after working closely with them for a year, he was also offered access to the audio recordings themselves – but drew a line.

He tells Sky News: “Hearing Jamal being murdered would serve no purpose to an audience other than to shock and to put it into a different genre of category – that of horror film – which is not what I was seeking to make. So, I made that choice to not include the audio…

Although a hardened journalist in his own right – with experience of dealing with corruption at high levels from his 2017 documentary Icarus about the Russian doping scandal – he also admits it was a decision that helps him sleep at night.

“I chose not to listen to it. We all know that he was murdered. We all know it was horrific. We all know he was chopped to pieces by blunt bone saw. What was that going to do other than to give me more nightmares and trauma in regard to this case than I’ve already experienced?”

And in truth, the transcript alone provides enough graphic detail to chill, with the document showing that Mr Khashoggi – who is referred to by one official as a “sacrificial animal” as he enters the consulate – taking seven and a half minutes to die, with his final words, “I can’t breathe”.

Recordings suggest Mr Khashoggi’s body is then dismembered by a bone saw and part of his body burnt in a tandoori oven in the garden.

The existence of this audio recording is thanks to another detail that would sit well in a crime thriller – Turkish authorities had previously bugged the consulate and were recording every word and noise that took place in the media room where Mr Khashoggi was killed.

Despite delving into a murky murder case with very powerful players at its heart, Fogel says he has the privilege of not having felt threatened at any point in its making.

“Being American hopefully still offers me some protection. I am not living in the Middle East… I don’t really try to spend a lot of time looking over my shoulder when I’m engaging in making a film like this, because if I was then I shouldn’t be making content such as this.”

However, Fogel isn’t immune to the emotional toll of such a distressing story.

In the film, we see inside the flat bought by Mr Khashoggi to start his new life with fiancee Hatice as she enters it for the first time since his death.

With the cupboards and walls still covered with black fingerprint powder, the cameras follow her into her intended marital home. Fogel describes it as a “difficult” experience.

“That day that I shot with her, as we were allowed back into what was going to be their home, she had not been able to set foot in there in the six months prior to that as first of all, they weren’t married.

“Second of all, had been turned into a crime scene and she didn’t have access to that apartment. I mean, it was is heart-breaking. That day that we shot was about as authentic as I could get.”

And Fogel says it was that access to someone so close to Mr Khashoggi which was so important to the success of the documentary.

French, British, and American governments largely turned a blind eye to the murder, and recommendations by independent expert on extrajudicial killings for the UN Agnes Callamard went unheeded, despite her own investigation finding credible evidence of high-level Saudi officials’ individual liability, including that of the Crown Prince of Saudi Arabia.

Now, with the recent change of US government and Joe Biden’s subsequent declassification of a US intelligence report into the murder, many believe that leading nations will now have to reappraise their relations with the kingdom.

Ms Callamard is certainly hopeful this will be the case, telling Sky News in a statement: “The Director of National Intelligence (DNI) report will further pave the way towards greater accountability for the killing of Jamal Khashoggi. The United States will be in the position to take the lead in… setting in place the international mechanisms to prevent and punish such acts in the future.

“This should include calling for the establishment of an international standing instrument for human rights and criminal investigation into allegations of targeted killing, or other acts of violence against journalists, human rights defenders or others targeted because of their peaceful activities or expressions.”

Speaking ahead of the report’s release, Fogel too was optimistic: “Time will tell exactly what further actions Biden takes, but clearly there is an appetite there for justice and accountability.”

However, as to whether a similar scandal could ever take place again, the filmmaker is rightly cautious: “I don’t think they’re going to chop up somebody inside of a consulate again… But, I think the authoritarian playbook in today’s day and age is increasingly allowing crimes like these to go unpunished.

“So, while there’s been a tonne of global attention on this murder, really the punishment of this has remained completely elusive.

Eight men were eventually convicted of murder, with five sentenced to death, but the death penalty was commuted to 20 years in prison after reportedly being forgiven by Mr Khashoggi’s family.

In 2018, Mr Khashoggi was posthumously named Time magazine’s person of the year.

Sky News has contacted the Foreign Office for comment on any UK response following the US release of the declassified intelligence report into Mr Khashoggi’s death.

(c) Sky News 2021: The Dissident director Bryan Fogel on Khashoggi film: ‘Hearing the recording of Jamal’s murder would make it a shock horror – I didn’t want that’

COVID-19: Families of school-aged children to get two rapid tests a week 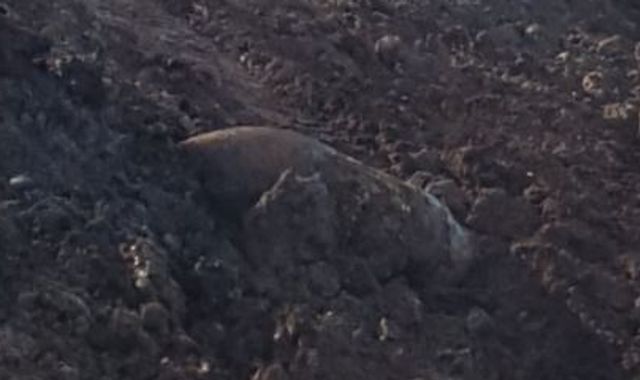