NHS England’s medical director has said he is “outraged and disgusted” at conspiracy theorists who claim 5G masts are the true cause of the coronavirus outbreak. 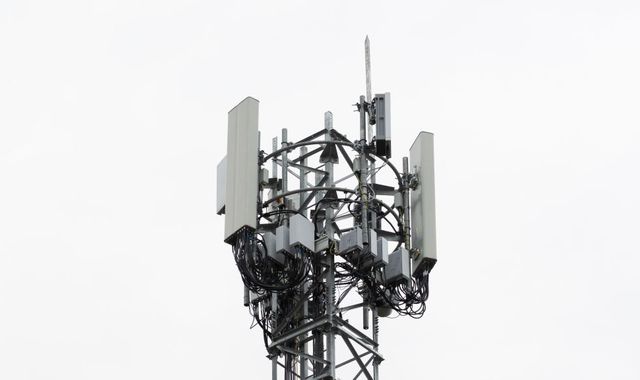 “The reality is the mobile phone networks are absolutely critical to all of us, especially when we’re at home and unable to see families and friends,” he added.

“I am absolutely outraged and disgusted that people would be taking action against the infrastructure we need to get through this crisis.”

False claims about the next generation of mobile technology have spread on Facebook for many months, but are now being tied to the coronavirus outbreak.

A 5G mast in the Sparkhill area of Birmingham was set on fire on Friday in a suspected arson attack, prompting concerns that the conspiracy theorists have begun to turn violent.

A leading scientist has criticised celebrities for “fanning the flames” of these conspiracy theories, which he said were endangering public health.

Celebrities including Amanda Holden, a judge on Britain’s Got Talent, and Cheers actor Woody Harrelson have been among those amplifying these conspiracy theories in recent days.

Dr Michael Head, a senior research fellow in global health at the University of Southampton, described the conspiracy theorists as “a public health danger who once read a Facebook page”.

“Here, we also see similar groups of people keen to show their ignorance on a topic where they have no helpful expertise, nor any inclination to post useful public health messages.

“The celebrities fanning the flames of these conspiracy theorists should be ashamed,” Dr Head added.

Holden had tweeted a link to a petition linking coronavirus symptoms to 5G masts, while Harrelson shared a link on Instagram to an article promoting the conspiracy theory.

Ms Holden has deleted the tweet, which she says was made accidentally, and the petition it linked to has since been taken down.

In the caption of an image of a burning phone mast, Ryan wrote: “Guys I have to say this!!! Do not start burning up 5g towers!!!!!!!! This is not the way to stand up against it.”

Mobile UK, the trade body which represents network providers, said key workers had been abused and infrastructure threatened as a result of the claims.

Adam Finn, professor of paediatrics at the University of Bristol, said: “The internet connections these networks give us are one of the most important tools we are using to co-ordinate our response to the epidemic and efforts to do research to overcome it.”

Brendan Wren, professor of microbial pathogenesis at the London School of Hygiene & Tropical Medicine, said a connection between the phone masts and the virus would be “both a physical and biological impossibility”.

A spokesperson for the Department for Digital, Culture, Media and Sport said: “These are baseless theories, there is absolutely no credible evidence of a link between 5G and coronavirus.

“Threats or violence towards any key worker or damage to mobile phone masts will not be tolerated,” they added.

Several videos claiming to show 5G towers on fire were posted to a page on Facebook which was created on Thursday and taken down by the platform on Friday.

Facebook said the banned page was deleted for breaching its policies because it has the potential to cause real world harm.

However, one user claimed they reported the page early on to moderators for promoting violence, only to receive a response saying it was not deemed to be in violation of Facebook’s community standards.

Tinie Tempah: We wouldn’t accept a dog being treated the same way as George Floyd

What’s your favourite Premier League goal of all time?