It’s 9pm on UK Twitter, pick a night, any night for the foreseeable, and Tim Burgess and friends will be there, guiding you through the stories and memories behind some of the greatest albums of the past few decades. 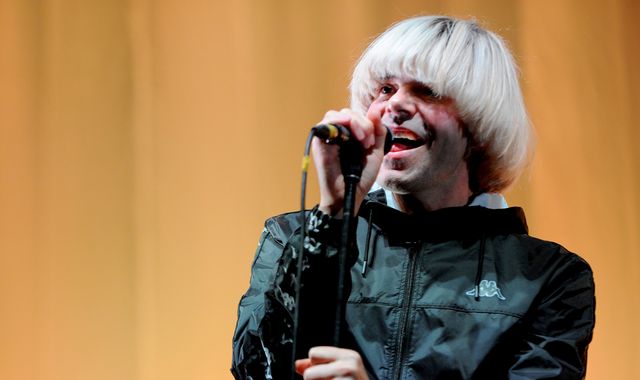 This is #timstwitterlisteningparty – set up by The Charlatans frontman to bring music lovers “together, apart” during coronavirus lockdown.

Burgess has hosted social media listening parties before, to mark anniversaries of Charlatans records, but with the country stuck at home he decided it might be a nice thing to bring them back as a distraction in difficult times.

What started as a plan to get fans listening to a few albums has snowballed, with a schedule of two parties almost every night for the next two weeks, and more dotted in the calendar after that, now pinned to the top of the musician’s Twitter profile.

The idea is simple: stream or play the chosen album, bang on the start time, and follow Burgess and the relevant artists as they tweet away. Ask questions and share memories using the hashtag #timstwitterlisteningparty. And listen. That’s it.

So far, Burgess has had Blur drummer Dave Rowntree hosting Parklife, and former Oasis guitarist Bonehead talking fans through Definitely Maybe, as well as his own, on The Charlatans’ first record, Some Friendly.

Coming up, he has everyone from Super Furry Animals, New Order, Chemical Brothers and Doves to The Libertines, Supergrass and The Style Council taking part. Plus, more Oasis with (What’s The Story) Morning Glory?, as “Liam [Gallagher] forgot about the first one”.

“I thought it was a good idea with everyone stuck in the lockdown,” Burgess tells Sky News. “And I thought it’d be great to invite other people who’ve made records that people would love to listen along to.

“I just thought it might be helpful, as simple as that. It was this idea – we can listen together, apart.”

Burgess started with The Charlatans and Franz Ferdinand.

“One person who I remembered really enjoying a Charlatans listening party was Alex Kapranos from Franz Ferdinand so I thought, I’ll approach him first and see if he wants to do one. He was really excited and he did an amazing job.

“It’s always been quite big when I’ve done them myself but when we had Dave Rowntree doing Parklife and Bonehead doing Definitely, Maybe, you know, I felt then that I was really on to something.”

“From then it’s just escalated and more and more people have wanted to get involved, people who I wouldn’t have imagined wanting to get involved have been approaching me… well, I didn’t expect somebody like Paul Weller would be interested, and he is. It’s brilliant.”

Burgess explains how it works.

“We all press play or put the record on or stream at 10 o’clock at night – actually, to complicate things a little bit, we’ve added 9 o’ clock as well now because things have got so crazy.

“We put a record on at a certain time and listen to it through together… sharing footage, sharing memories, memorabilia and stories, really. And sharing the album in full. You’re listening at the same time as writing, sending a tweet, or just watching Twitter, having a snack or a drink, and are all listening to the record together.”

Tonight is one for fans of Doves and Oasis. Doves’ Lost Souls comes first, at 9pm, followed by (What’s The Story) Morning Glory? just after 10pm.

“Bonehead is hosting the Oasis one again,” says Burgess. “Liam will be joining in. Bonehead took it to another level [with Definitely Maybe]; he had scrapbooks and photographs, unseen little bits of memorabilia. Him and Dave Rowntree really went big. They really upped the ante.

“Dave had laminated a lot of stuff and he had help from his family to organise it all. And it was just amazing, really… He realised that he had [enough to make] a coffee table book probably by the end of it. Whether he does one or not is another matter.”

Well, if ever there was a time…

“Well, yeah, we’ve all got the time at the moment.”

In the digital age, one of the benefits of the listening parties is encouraging people to listen to entire albums in full, says Burgess. The positives of lockdown can sometimes seem small, but time is definitely one of them.

“Oh yeah, it’s absolutely amazing. What everyone has been saying is that it’s incredible to actually sit down and listen to a record, to actually have 45 minutes to listen instead of just picking a track off a playlist or whatever, or listening to half of it before having to run out and do something else.

“People are sitting down and enjoying the experiences. It’s simple but meaningful, really, especially now. It’s kind of showing the power of music.

“I mean, music and art has been a bit downtrodden, I think, in recent times; people just having things for free and all that kind of stuff, and just listening to one track.

“There’s an art form to making an album and there’s a reason why it is an album, because lots of artists put a lot of effort into it. And I think, you know what? Yeah. Let’s stand by that. It’s powerful.”

Like for many of us, music is keeping Burgess’s spirits up at the minute.

“Absolutely. I mean, listening last night to Steve McQueen by Prefab Sprout. [Singer and guitarist] Wendy Smith is a friend of mine, she’s incredible, a great person.

“She was just digging out all these memories from when the album came out. It’s just such an iconic record, an iconic sleeve, and listening to it while she was tweeting about it, it was really emotional.

“The listening parties are about connectivity between people. It’s just a shared experience, even though no one can really see each other. We’re all just doing this one thing.

“I’m a meditator and if you do that with 10 people, it’s that much more powerful. If you do it with 100 people, it’s beyond… it can change things.

“I feel the same way about this. I can’t see any of these people putting a record on or how they’re listening to it, but I can see everyone responding to it. That’s a great feeling.

“And everyone’s doing it in their own personal way and that’s a beautiful thing, because then you see the power of people, and how beautiful people can be.”

From the lows of toilet roll stockpiling to the highs of the #clapforcarers campaign, the global coronavirus pandemic has definitely brought out the best and worst in people.

“I think [the listening parties] are definitely seeing the best in people.”

Burgess has a solo album, I Love The New Sky, due out at the end of May. Although gigs have had to be postponed, he’s sticking to the release date for the record, despite the lockdown.

“I finished the album in October and made plans and fixed a date,” he says. “We’ve done so much really that to move it would have been difficult. And to keep it there, well, I just figured that if people might want to hear my voice during all this, then they might want to still get it.

Burgess says he is determined to support independent record shops forced to close during the lockdown.

“I absolutely will, I always have,” he says. “I’ve always been involved in Record Store Day and stuff like that and just do as much as I can.

“Records are my thing. I’ve always found that music’s taken me somewhere else… you know, if I needed it.

“Lots of businesses are suffering but the business I know the most is the record business. And mail order will help record shops to survive.

“No one’s going out and playing live at the moment but you can still have records come to your house.

“Some people might say, oh, well, it’s a luxury item. But, you know what? I think if it helps you get through the day, then it’s a necessity.”

Two weeks into national lockdown, there’s no certainty about when it might end.

But Burgess is upbeat about the positive changes it might bring.

“I really think that it’s going to be a different world, completely,” he says. “Well, I don’t know about completely, but obviously there’s going to be changes. And hopefully for the better.”

Tim’s father, Allan Edward Burgess, died on Friday following a long illness. The singer said he wanted to pay tribute, and will be continuing the listening parties as his dad was a huge fan of music and The Charlatans.

See @Tim_Burgess on Twitter for full details of upcoming listening parties. Lost Souls, by Doves, and (What’s The Story) Morning Glory?, by Oasis, take place from 9pm on Saturday 4 April